The city of Muktsar which is also known as “Sri Muktsar Sahib” also serves as the district headquarters for Sri Muktsar Sahib District nestled in the Indian state of Punjab. The city is one among the 14 most populated cities of Punjab. In the year 1995, Muktsar became the district headquarter. According to the chronological facts the city was entitled “Muktsar” after the war of Muktsar in the year 1705. In the year 2012, the Government formally changed the name of Muktsar to “Sri Muktsar Sahib”. Abohar(56 kms), Bathinda(53 kms), Faridkot(50 kms) and Ferozepur(52 kms) are some cities that are located in the neighborhood of Muktsar. Chandigarh (Punjab’s capital) is just 249 kms away from Muktsar. Besides, Amritsar, New Delhi and Ludhiana are 167 kms, 398 kms and 148 kms away from Muktsar. 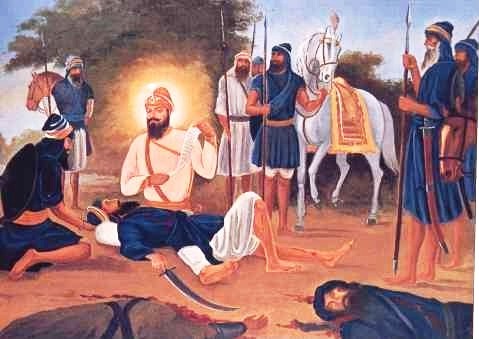 Previously the city was a semi-desert land and was known as “Khidrane de Dhab” or “Khidrana”, located in the vicinity of a lake. The city is popular for the massive battle famed as the “Battle of Muktsar” which took place in the year 1705 between the Sikhs and the Mughals. The place of this historical battle is marked by the famous Gurudwara which is known as the “Gurudwara Tibbi Sahib”.
This battle was Guru Gobind Singh’s last battle and during this battle his 40 disciples sacrificed themselves. These 40 Sikhs are known as the “40 Muktas”. At this very site, these 40 disciples insisted Guru Gobind Ji to tear the “Bedawa” and after tearing it Guru Ji blessed his disciples with “Mukti”(which means freedom). Hence, this place is known as “Muktsar”.

Muktsar occupies an area of 32.80 square kilometers or 12.66 sq. miles. The city is geographically positioned at 30.29 degrees in the North and 74.31 degrees in the East. The avg. elevation of Muktsar is 197.67 meter or 648.52 feet above the sea level. The soil of the city abounds with potassium but is low in phosphorus, carbon and zinc. The villages located in the vicinity of Muktsar produce an extraordinary harvest of paddy, cotton, wheat and seed oil.

The city of Muktsar witnesses an extreme climate with summers being scorching hot and winters being extremely chilly. The summer starts by the beginning of April and lasts till mid October. The summers are quite humid and hot with maximum temperature soaring up to 43 degree Celsius or sometimes even above this. Winter season starts from November and lasts till January. Winters bring fog and biting cold with minimum temperature dropping down to 3 degree Celsius. Sometimes owing to western disturbances the city witnesses light showers during winters which makes the season even chillier. The most pleasant climate can be experienced in the autumn and spring season when the humidity is also very low. The monsoon time starts in the beginning of July and lasts till the end of August. The avg. annual rainfall hovers around 425 millimeters.

As per the census of 2011, the population of Muktsar was 116747, out of which females and males were 55022 and 61725 respectively which made the city the fourteenth largest city in the Indian State of Punjab. The populace which belongs to the age group of below six years is 13981 out of which females and males are 6335 and 7646 respectively. The number of literates in the city is 78606, out of which females are 34517, while males are 44089. The avg. literacy rate of the city is 76.49 %, with female and male literacy rates are 70.90 and 81.53 percent respectively. The population of the Scheduled Caste mass in Muktsar is 38381, out of which females comprise 18263 while males comprise 20118. Hindi and Punjabi are the main languages that are spoken by the inhabitants of Muktsar. Hindus and Sikhs form the major part of the city’s population. Besides, there are also a few followers of Jainism, Buddhism, Christianity and Islam religions. 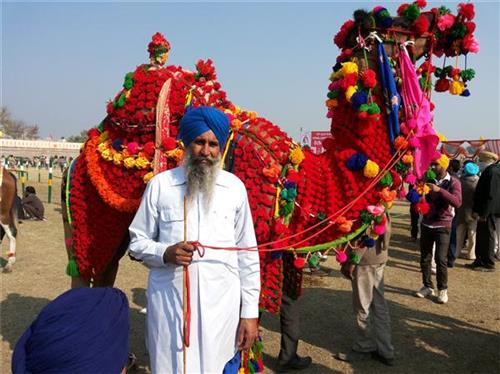 Although, the inhabitants of Muktsar have adapted to the modern lifestyle, they still remain deep-rooted to their conventional Punjabi culture. In contrast to the bigger cities, the locals of Muktsar are still conservative in their beliefs and feelings. Since the city is deficient in major industries, the main mass remains unaffected by the cosmopolitan culture. The rich Punjabi culture being predominant in the city puts emphasis on respect for seniors, morals and family values. Giddha and Bhangra are the main dance forms of Punjab which are popular in Muktsar as well. Among the traditional attire of the city Muktsari Jutti and Muktsari Kurta Pajama are quite famous. The city celebrates extravagant wedding ceremonies which are complemented with music, traditional food, attire, songs and dance. Gurupurbs, Lohri, Diwali and Holi are the main festivals that are celebrated in Muktsar with great enthusiasm. The Maghi Mela is a renowned fair of Punjab which takes place in Muktsar each year on the day after Lohri, in the month of January. This fair is also a tribute to the “40 Muktas” or the 40 disciples of Guru Gobind Singh Ji.

Muktsar lacks in entertainment options due to the absence of western culture. The city has hardly any clubs, pubs or night clubs. In the year 2015, the very 1st multiplex was established in the city. This multiplex is run as SRS Cinema’s franchise with three screens and total 590 seats. Besides, there are also a few other three single-screen cinema theaters in Muktsar namely Karnail Theater, Payal Theater and Ajit Cinema. Following are the contact details of all the movie theaters in Muktsar: 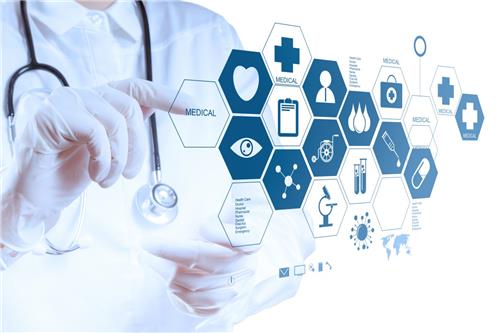 Muktsar abounds with a plethora of medical units that are well equipped with all the latest medical equipments, proficient medical doctors in their respective departments and a well-trained medical staff. The amiable medical staff in Muktsar is ready to offer round-the-clock healthcare services to the citizens of the city. In order to access the services of the various medical units located in Muktsar, check out the contact details of the same:

Muktsar is mainly based on the Municipal Council type of Government. The municipality’s main sources of revenue are water, house tax, sewerage rate, entertainment tax, toll tax, liquor tax, license fee, professional tax and building fee etc. The municipality of Muktsar was established in 1876, April by the British Raj. Street lights, disposal of waste, cleanliness of the city, water supply, drainage and brick pavement of roads are some of the civic amenities offered by the Muktsar Municipal Council. There are around 45 kilometers of roads that are looked after by the Muktsar Municipal Council. Almost 75% area of the city had been dealt with the sewer system. Nearly 90% area of the city had been illuminated with street lights. The Council also manages a reading room and a public library. Besides, it also takes care of 2 parks. The administration of Muktsar is governed by the Civil Sub Div. Officer, who informs directly to Deputy Commissioner of the District Muktsar and is regarded as the principal agent of Dep. Comm. The role of the Civil Sub Div. Officer is to look after the development activities, to manage the work of different departments and to take care of the law and order of the city. In addition, this designation also takes care of the public complaints as well as to confront the issues cropping up owing to the natural disasters. There is also a Sub-Div. Magistrate appointed by the State Govt. who reports directly to the Dist. Magistrate and looks after the law & order of the city and pays attention to court cases as well. Apart from these, there are some other administrative positions as well which include Naib Tehsildar, Tehsildar, Patwari and Kanungo.

There are no major factories or industries in Muktsar. Before independence, the Muktsar city had only a small number of units which produced small hand-held farming tools. At present Satia Paper Mills Ltd. is the single large scale industry in Rupana which is almost 7 kms away from Muktsar . Although there are some renowned retail chains in the city like Vishal Mega Mart, Easyday and Aadhar, the locals of Muktsar prefer to count on the small retail shops for their groceries, FMCG goods, eggs, vegetables, meat and milk. Moreover, instead of buying mobiles from the retail stores people prefer to purchase mobiles from the unauthorized mobile sellers. Global Food Bazaar and the GV 7 Oceans are some other noteworthy retails stores in Muktsar.

Muktsar is well connected via road, rail and air with all the major cities and towns of Punjab as well as the other states of Northern India. There are two bus operators (Libra Bus Services and Juhar Travels) that offer excellent bus services to over 24 routes. The majority of buses ply between Chandigarh and Muktsar. The most common bus routes from the city are- Muktsar to Ludhiana, Muktsar to Kotkapura and Muktsar to Moga.

Bus Services
There is a plethora of options for the tourists when it comes to the kinds of buses available at the Muktsar bus stand. These include AC Seaters, Volvo AC, Non-AC Sleepers, Volvo AC Sleepers and Non-AC Seaters. The ticket price is normally between the price range of 247 Rs and 252 Rs depending on the bus operator and bus type. Besides, the state owned buses - PEPSU Road Transport Corporation buses and Punjab Roadways buses also offer affordable bus services to the residents of Muktsar.

The Raja Sansi International Airport (Amritsar) is the major airport located almost 139 kms away from Muktsar. This airport is connected with all the major domestic as well as international destinations. The tourists can avail taxis or car hire services to reach Muktsar from the Raja Sansi Airport. Another nearby airport to Muktsar is the Bhatinda Airport which is just 55 kms away from the city. Thus, we see that Muktsar is an excellent city to dwell with all the essential amenities and an excellent infrastructure.

Comments / Discussion Board - About Muktsar